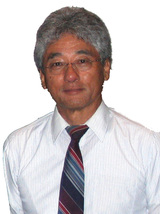 Osamu Ikeda, OD   (Retired)
Dr. Osamu Ikeda started Ikeda Optometry at its inception in 1981 and has been at its current location in Buena Park since 1986. Dr. Ikeda is a graduate of University of California Berkeley School of Optometry and has been an optometrist in private practice for over 35 years. He is a member of the American Optometric Association, Orange County Optometric Society, and California Optometric Association. Dr. Ikeda is proud to provide state of the art care to all his patients, and is certified to perform post-op cataract and refractive surgery evaluations.
Beginning October 1, 2013 Dr. Osamu Ikeda decided to retire and welcome his son, John Ikeda, OD. Dr. Osamu Ikeda is very grateful for his career and wonderful patients and would like to thank everyone for their continuing support. Dr. Ikeda says he plans to spend more time traveling, hitting the golf ball, and spending time with his grandkids.
Proudly powered by Weebly